The 1829 configuration moved to a separate file “config_1829_RadioControlledSwitch.inc”

As there will be more .asm files added later, common parts moved to a separate file. As of Step A only the line #include “p16f1829.inc”.

Added file common_1829_RadioControlledTimer.inc and moved the include directive here

Also added radix dec to the file. Dec (decimal) is more natural to use than hex (hexadecimal), if a hex number is needed, I will use the H’xx’ notion. And the errorlevel -302 as MPASM throws a lot of messages about banking when using SFR registers.

LED’s can be very helpful when debugging. Adding a RGB led will give, at least, 3 colors to use.

But now a pin usage list has to be created. 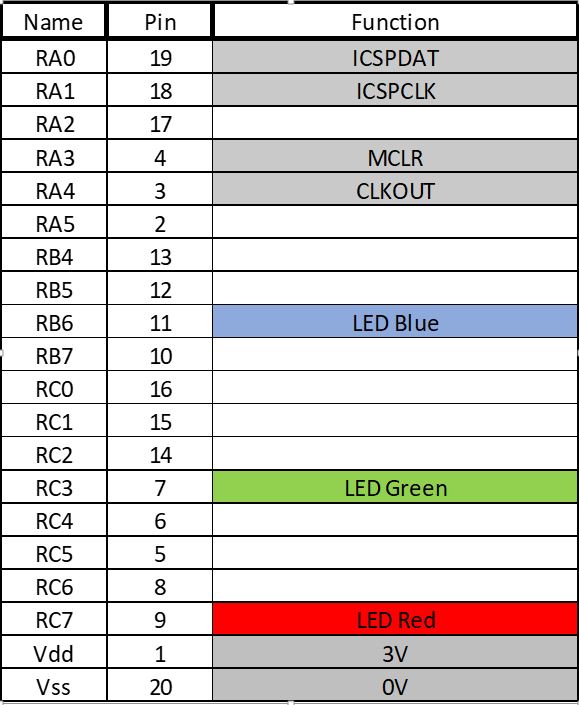 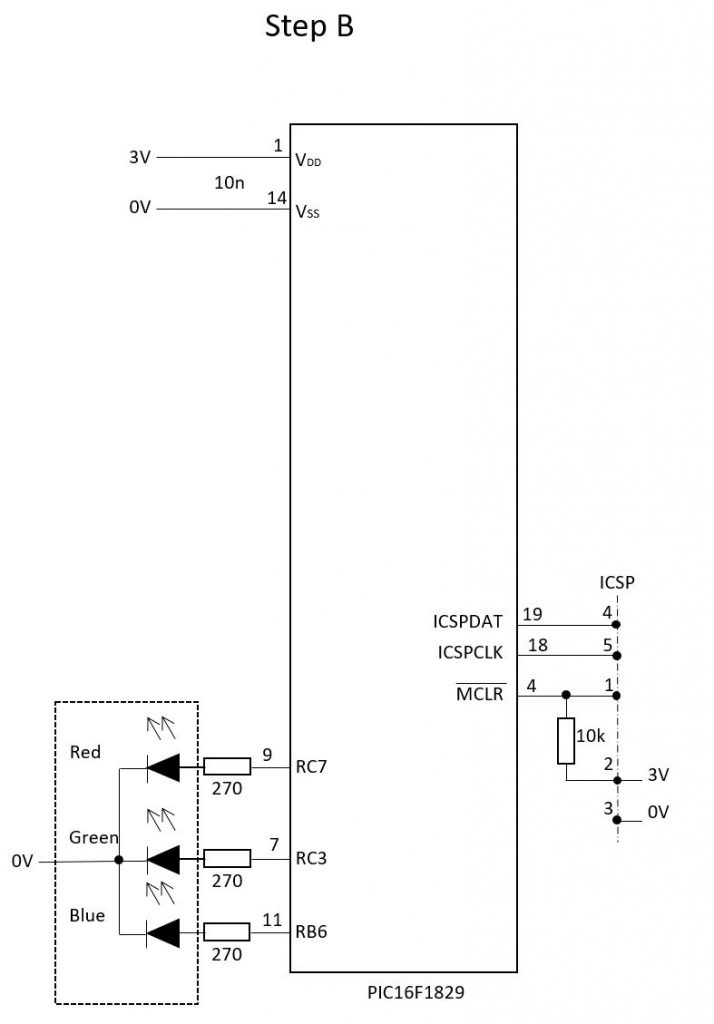 For every LED pin there will be 3 registers involved

This means four definitions for every LED. It may seem a lot of definitions for just one LED but in the long run it simplifies a lot. Much easier to remember and if a LED has to be moved to another pin, only a few changes in one place needed.

LED handling created in a separate .asm file and a corresponding .inc file.

From the logic analyser.