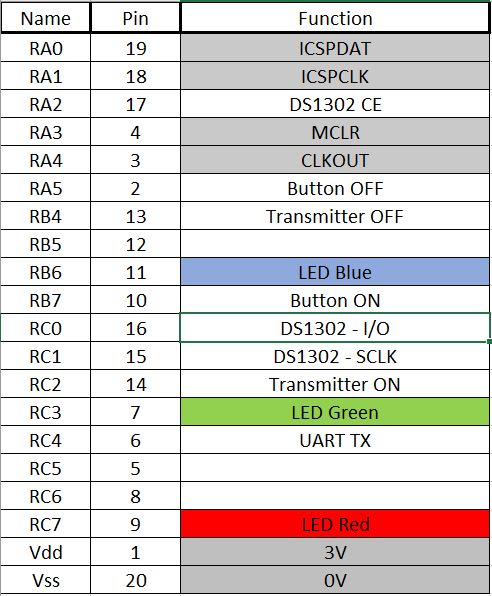 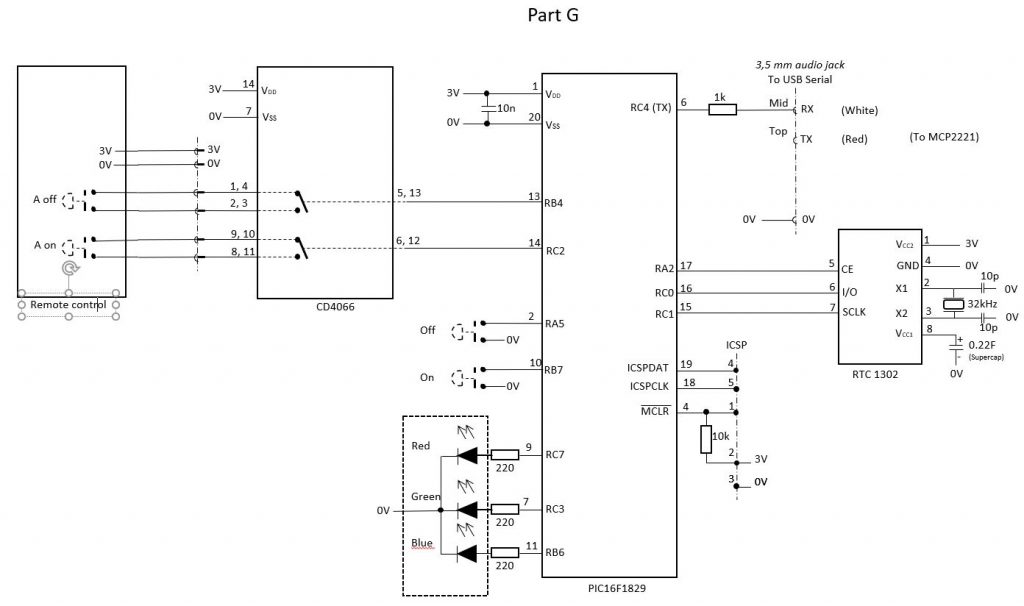 The buttons don’t need any debouching as the remote transmitter already must be handling this. The MCU just lets this signal through. As the “transmit” part of the program will be used both with buttons and “schedule” this is in a separate source file, “transmitter_1829_RadioControlledTimer.asm”.

To verify buttons-transmitter functionality the transmitter, and the receiver, are used. As this does not require any unit test, just manually pushing the button.

main_R1829_RadioControlledTimer.asm” was modified with the scanning code.

The program built with “Final” configuration to manually test.

To determine if a time is matched. The current time in the RTC is compared to

If a match is found the function returns one of these events.

If no match found NOTHING is returned.

Source file “OnOff_1829_RadioControlledTimer” (.inc and .asm) created. (OK it is not the best name for the source file but …)

The definition of the events (GOOD_MORNING, …) are defined in the “OnOff_…inc file.

These definitions are also used in the “OnOff_…asm” file and I don’t want to duplicate the definitions.

To be able to include the “OnOff_…inc” file in the “OnOff_…asm” file the extern definition of “OnOff_Check” has to be excluded when include in the .asm file.

(Otherwise the assembler will see both

A “INCLUDED_IN_ASM” definition and an ifndef solves this.

To verify this, a unit test “OnOff_unittest_1829_RadioControlledTimer” (.inc and .asm) is used.

For every month set up a table with sunrise / sunset.

A day in Jan

One problem with good morning / good night is daylight saving. As the RTC will run on non-daylight-saving time all year the 06:00 an 23:00 has to be adjusted one hour during daylight-saving months.

A table for this is also needed.

All these times (sunrise / sunset / good morning, good night) will be possible to change from a PC program communicating with the 1829 via UART in a later part. But initial values defined in the source code as EEPROM data.

No change in schema from step D. 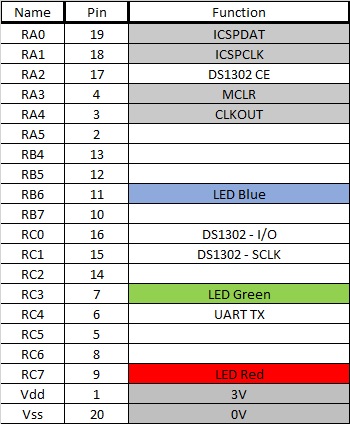 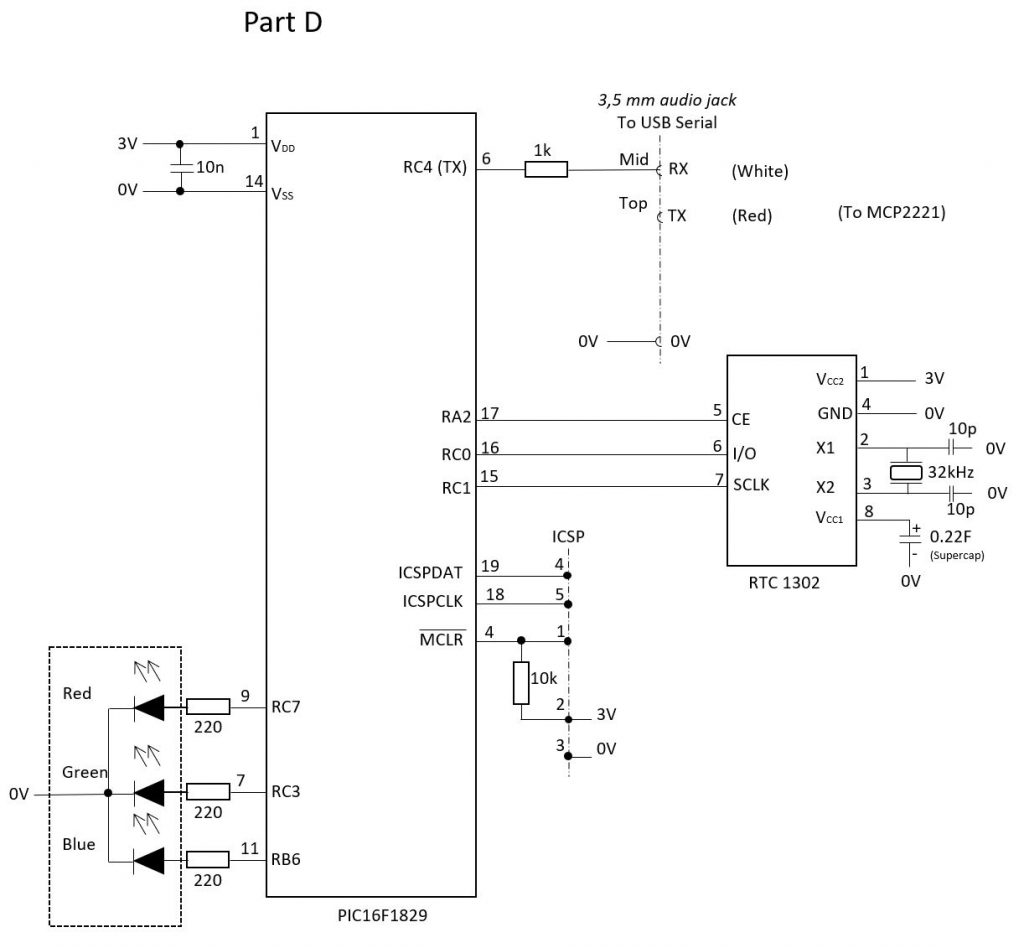 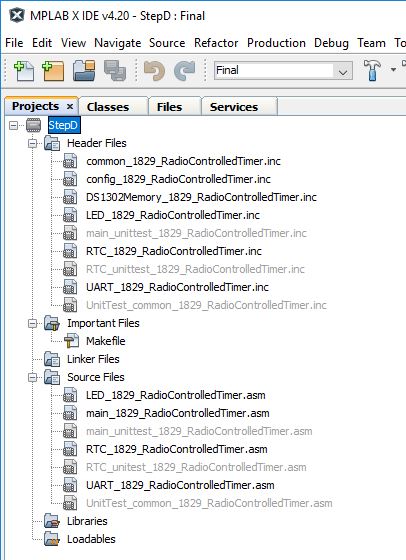 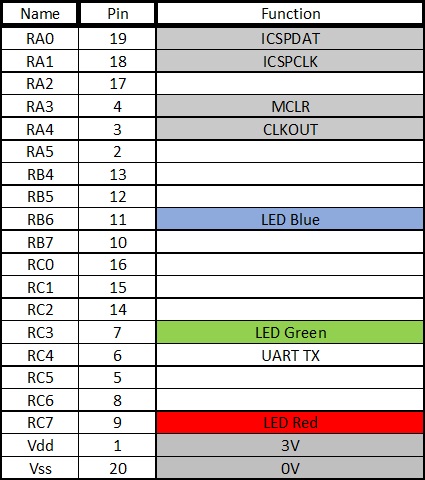 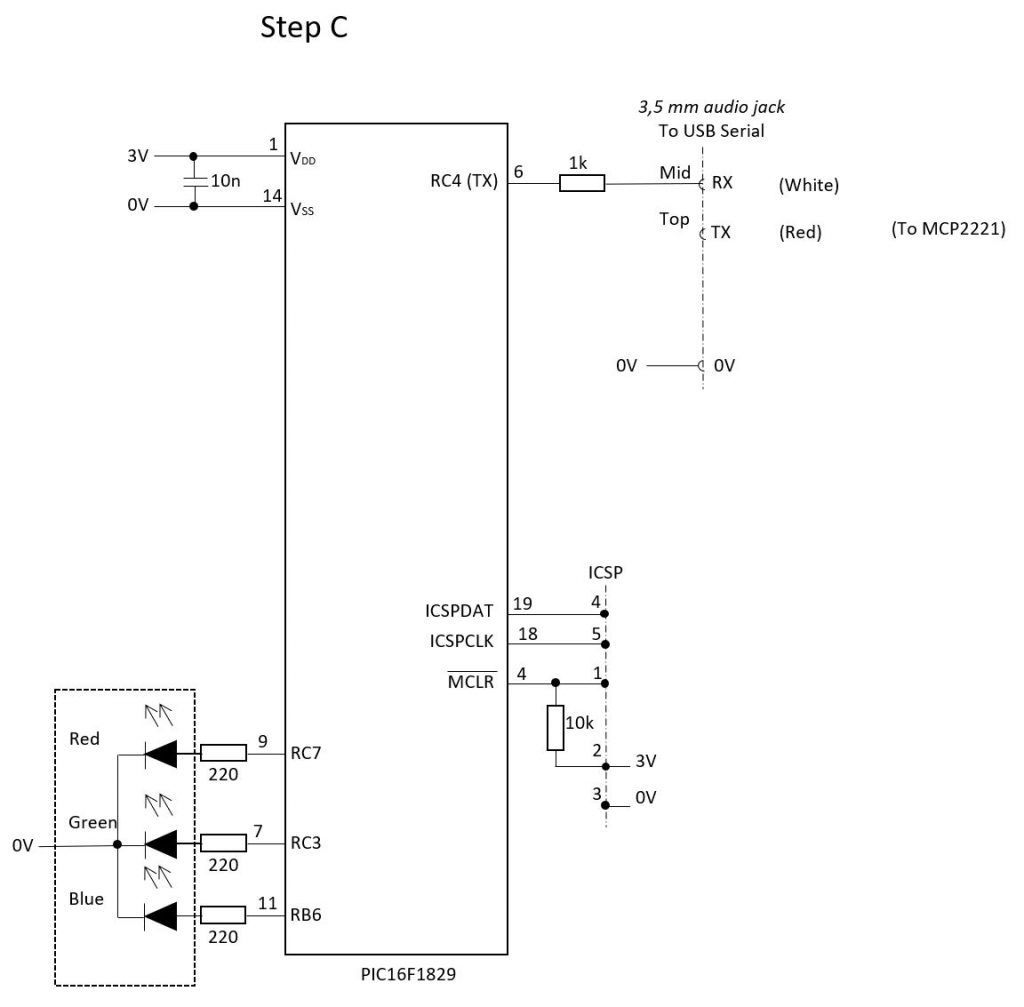 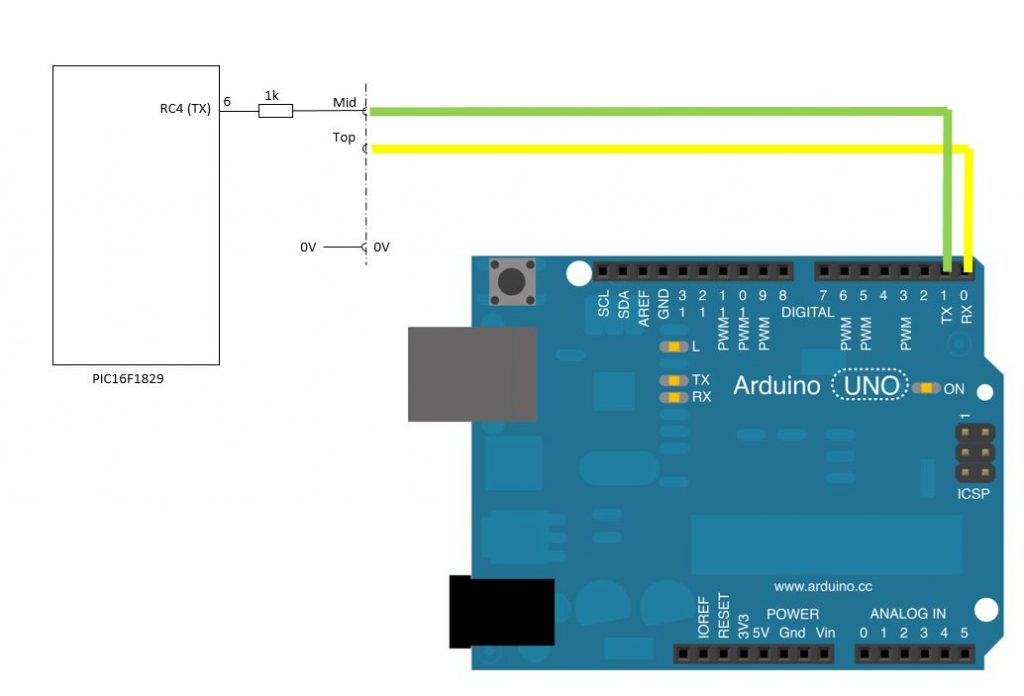